Comedy film, Blades of Glory, is the tale of two American figure skaters who create a pairs skating partnership with a difference – as they’re both men. The story charts their attempt to win the World Winter Sport Games in 2006, when the two sworn enemies strike a fragile truce as a means of winning the gold medal.

Their partnership is unique since they’re the first same-sex pair to enter the competition. They have both been banned from entering men’s singles skating competitions for life after getting into a brawl on the podium at the 2002 winter games, resulting in the games’ mascot being set on fire.

Keen to get into competitive skating again, they enter the forthcoming pairs event, after spotting a loophole in the regulations that fails to specify the entrants’ gender. It remains to be seen how the unlikely pairing will ever work out.

Raunchy but skilful Chazz Michaels (Will Ferrell) and sheltered, sensitive Jimmy MacElroy (Jon Heder) are such total opposites that it’s doubtful whether they will ever get on well enough to enter without throttling each other. 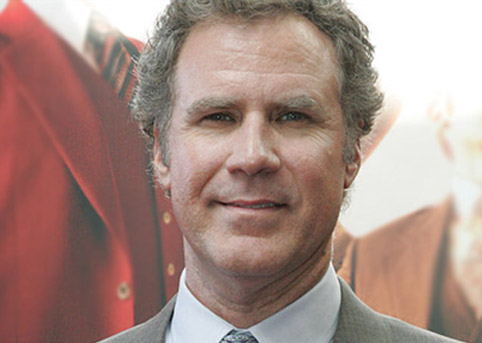 However, MacElroy has been working in a winter sporting goods retail store and Michaels has been playing the evil wizard in the kids’ skating show, Grublets On Ice, since their fall from grace.

Both of the talented skaters are in trouble – MacElroy is relegated to the stockroom for having a disagreement with a customer and Michaels is sacked for turning up to work drunk. So, the duo decides to bury the hatchet and go for gold on the advice of MacElroy’s old coach, Robert.

The film is a rip-roaring comedy which also showcases some interesting skating routines, as MacElroy and Michaels decide to try a unique and highly dangerous move called the Iron Lotus. The move hasn’t been tried again since it resulted in the death of a skater in North Korea.

Robert is convinced two men could pull off the hazardous move and persuades them to give it a try, despite their reservations that one of them could be killed if it goes wrong.

At first, the skating world finds it hard to take the new skating pair seriously, although they certainly generate a lot of media interest, but after they perform well at the qualifying round of the Winter Sports Games, brother and sister skating duo Stranz and Fairchild Van Waldenberg start to worry that they might be knocked off the top spot.

The devious siblings devise a means of sabotaging their rivals when they kidnap Michaels and MacElroy. It looks like the all-male duo is never going to make it in time to compete in the all-important final of the championship but after plenty of slapstick humour and chasing around, they somehow make it to the rink just in time to compete.

However, on realising Michaels and MacElroy are doing well during their final skating routine, despite all that’s happened, Fairchild throws pearls on to the ice.

Michaels trips, badly injuring his ankle. He’s unable to support his partner’s weight in the death-defying Iron Lotus routine, so MacElroy bravely offers to swap roles with him, despite the fact they’ve never performed each other’s part before. Will they triumph against all the odds, or will the Iron Lotus claim its next victim?

Released in March 2007, Blades of Glory was based on an idea by American writer and producer Elizabeth “Busy” Philipps. The screenplay was co-written by a number of writers, including brothers Jeff and Craig Cox, who admitted later that they had originally wanted Ben Stiller to play one of the skaters.

Philipps and her long-time friends the Cox brothers had dreamed up the idea one day while watching figure skating on TV. They got the script to Stiller, who liked the idea, so he got on board as a producer rather than an actor.

Ferrell was drafted in by Stiller and admitted that although he was a fan of figure skating, recognising the skills of the skaters, he was more interested in the pure spectacle, rather than watching it as a serious sport.

Initially, the scriptwriters had envisaged Ferrell playing MacElroy and Stiller playing Michaels, but this all changed by the time they started filming. Neither Ferrell nor Heder had much experience of ice skating when filming started, so they both had to work with a skating coach so they could manage the basic moves.

However, Heder fractured his ankle while skating early on in filming and it was touch and go whether the movie would be completed on time – or indeed at all. The studio worked out what Ferrell described as a “crazy schedule”, which involved shooting all the acting scenes in one chunk and then the skating scenes all together six weeks later, after Heder’s ankle had healed.

Ferrell said he based his skating style on the Canadian figure skater, Elvis Stojko, who was a three-times world champion in 1994, 1995 and 1997 and won two Olympic silver medals. Ferrell said he always thought of him as the “bad boy” of skating with his long hair, so he kept him in mind for Michaels’ character.

The film received positive reviews from the critics and was described as a “fun romp” that ventured towards “fantastically absurd places”.

Whether you’re a pro-skater or skate just for leisure and fun, Crown Sports Lockers can ensure you have the best changing room facilities, thanks to our high-quality lockers that are suitable for ice skating rinks and the leisure industry.